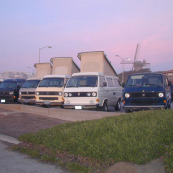 Export to Outlook or iCal (.ics)

Despite an incredible outcry of fear and desperation there will be a bURNINGvAN 2012!

Too bad for those of you, and you know who you are, who prayed for a respite. Didn't work, did it? Saturday January 21 North end of Ocean Beach, San Francisco CA. Starts sometime in the afternoon and goes on until everyone leaves or is arrested. Bring whatever drinks and food you like, and if there's some to share that's okay too.

So there was a question about burning of a magnesium case. January 2011. 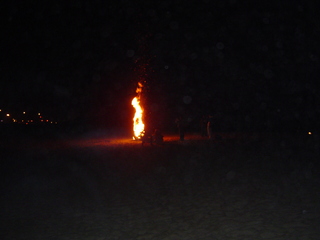 Line up of vans with two interloping busses, January 2011. 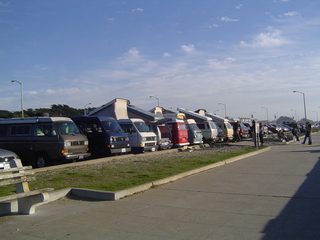 Good times! If it's good weather, there's no excuse not to go...

Comment by Blake on December 16, 2011 at 3:20pm
For the better heath of our planet and decreased embarrassment, I vote that we don't burn a magnesium engine case. That's just my 2 cents. Instead bring smores! Looking forward to is since I missed the last 2 years.

I agree, but since it is not our event, we may not have much of a choise in the matter. However, I might suggest that we file the engine into small magnesium filings and light pretty sparkly things as opposed to a massive block. That should use much less of a case, and be slightly mor tolerable to the locals.

Yes, here is yet another reminder that bURNINGvAN is coming again!
Will this never stop? Can the fiend...whoops sorry kind of got carried
away there.

Anyway despite public outcry, an appeal from the Pope AND a joint
resolution from Congress [the only thing they've been able to agree on
in several years] bURNINGvAN 2012 is coming yet again.

Certain parties, who for reasons of liability don't want their
identities revealed, have offered a magnesium case, I have offered my
presence, and BenT may actually stay home from Reno and attend so it
looks like bURNINGvAN will go on.

Westywoman [a firm, "Well, I don't know...]
Canerattler
Madonna
Jeff [from San Anselmo]
Michael [from Fairfax-the other Michael from the hilly section]
The tech type consort of the Estonian
Fire twirlers
The guy I owe a ECU to
The Mormon Tabernacle Choir
Jeff from Sacramento
Detlev
John and Glory
Steve - all of them, one may have springs or some other kind of
suspension goodie
Stephan - but he's leaving his haus at home
The fireworks people from the first year
J Edgar Hoover [in costume as we say]
Thomas from Germany with an engine that looks like you not only could
eat off it you could perform operations on it

and a supporting cast of thousands, well, hundreds, uh, maybe a couple
of bums on the beach will be there. Really.

I hope the UC prof with the camera on a stick shows, that was cool tech.

Please send your confirmation of attendance [with all your money] to
me, [checks made out to cash].

I hope the UC prof with the camera on a stick shows, that was cool tech. 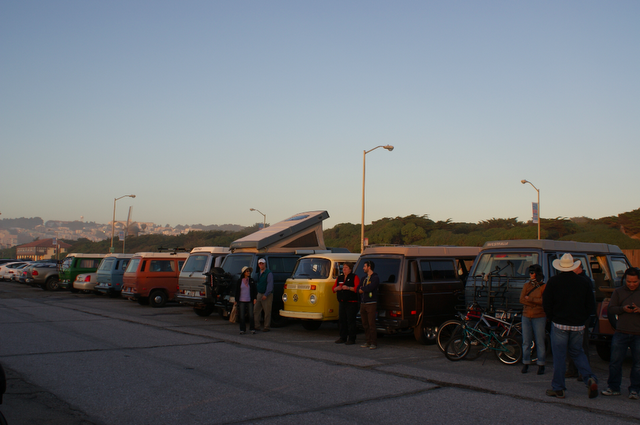