I stopped for barbecue at Vinces in Port Arthur and encountered an Asian family run establishment that could barely speak English.  I purchased two pounds of barbecued crawfish.

Sabine Pass War Memorial with large machines in the background. 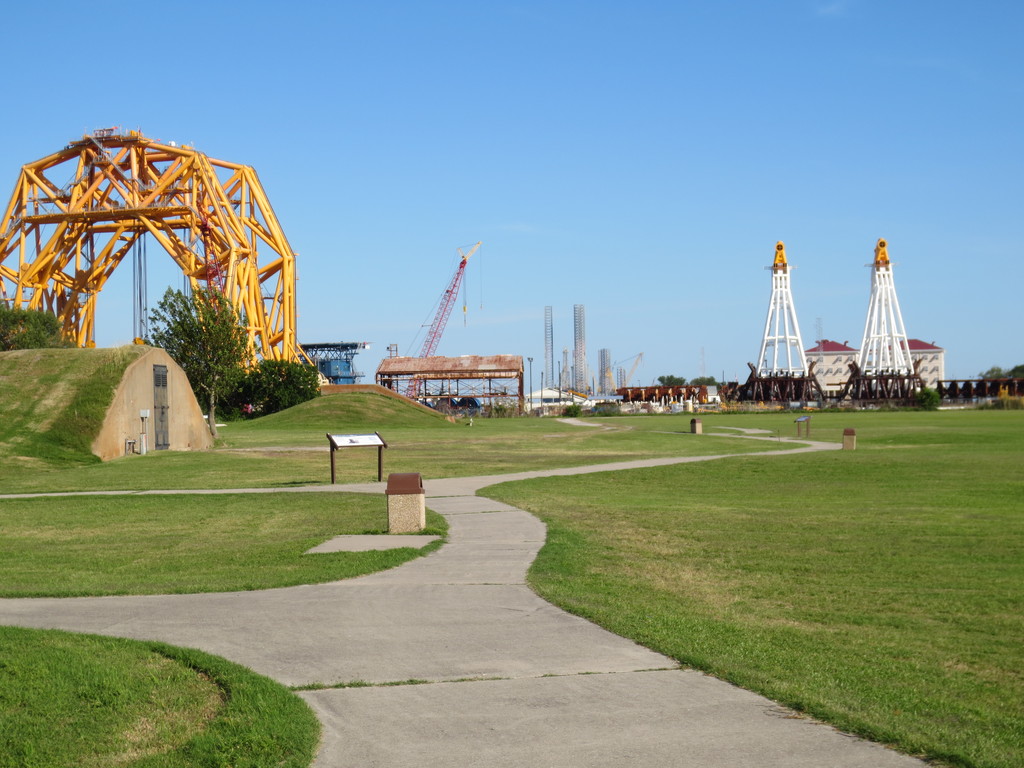 The nature walk at Sea Rim SP passes over a shallow lake clogged with vegatation that enables lots of mosquitotes to hatch. 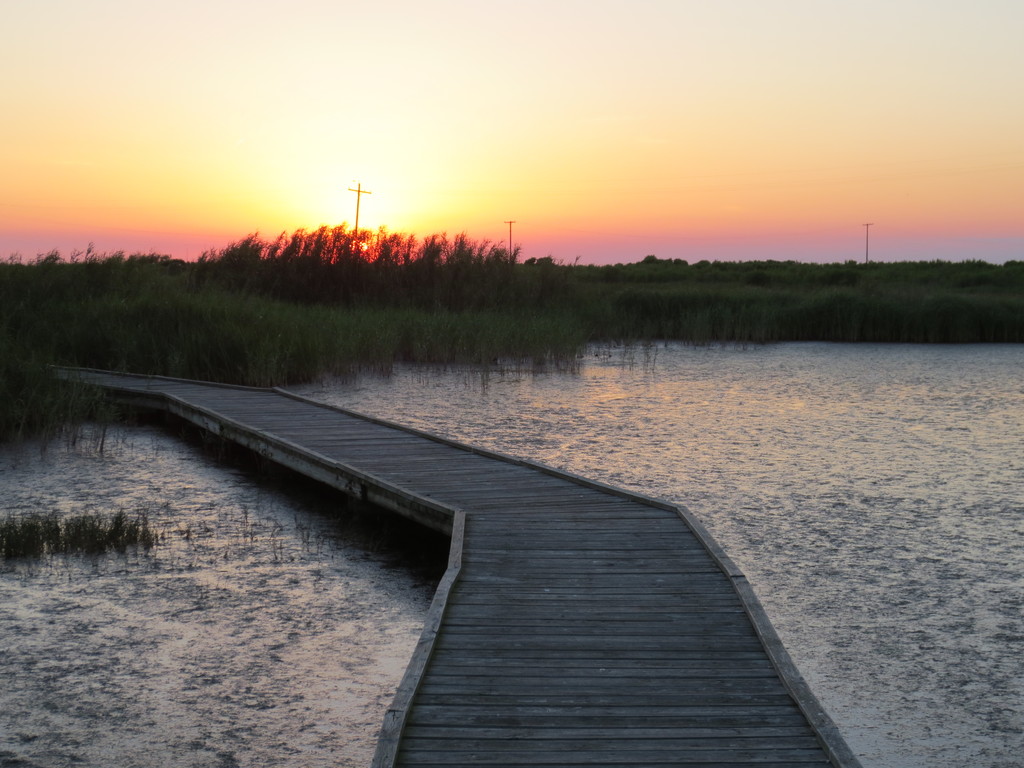 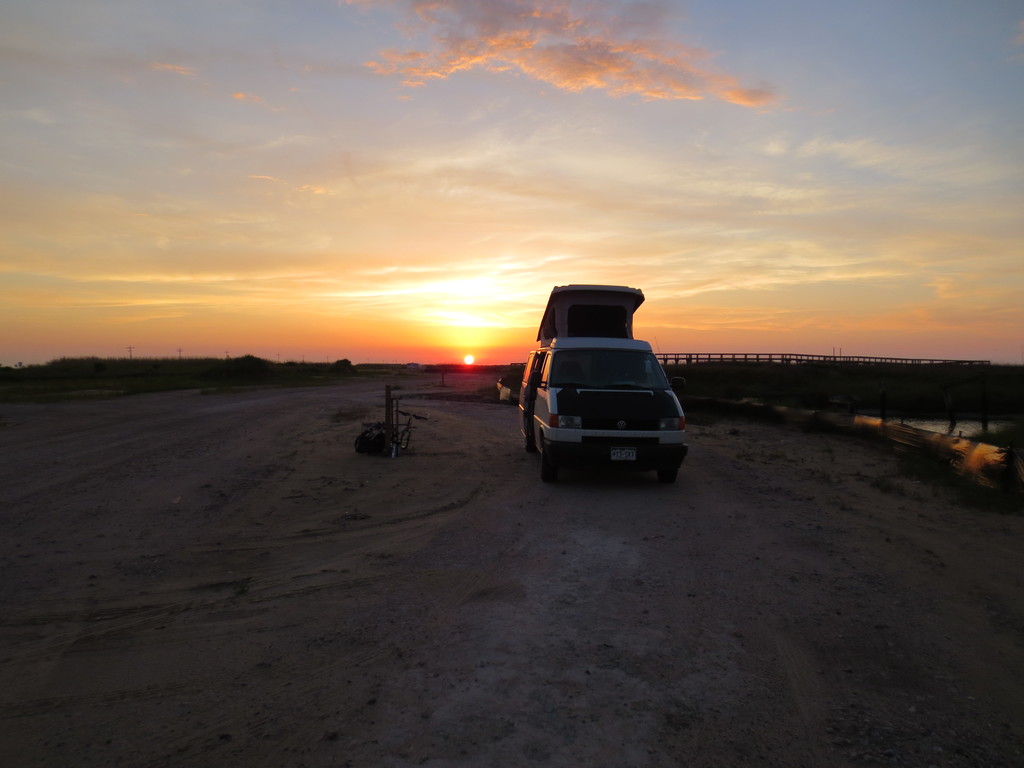