After spending a night with relatives near Lawton Oklahoma, I proceeded to drive east on US-85.  I wanted to avoid the Inter State Highways as much as possible.  I stopped for the night to camp at Atalanta State Park  near the North-East corner of Texas among some very tall trees. The large lake nearby was formerly called Lake Texarkana, now known as the Pat Wightman Lake.  It was renamed to honor a long time East Texas congressman. 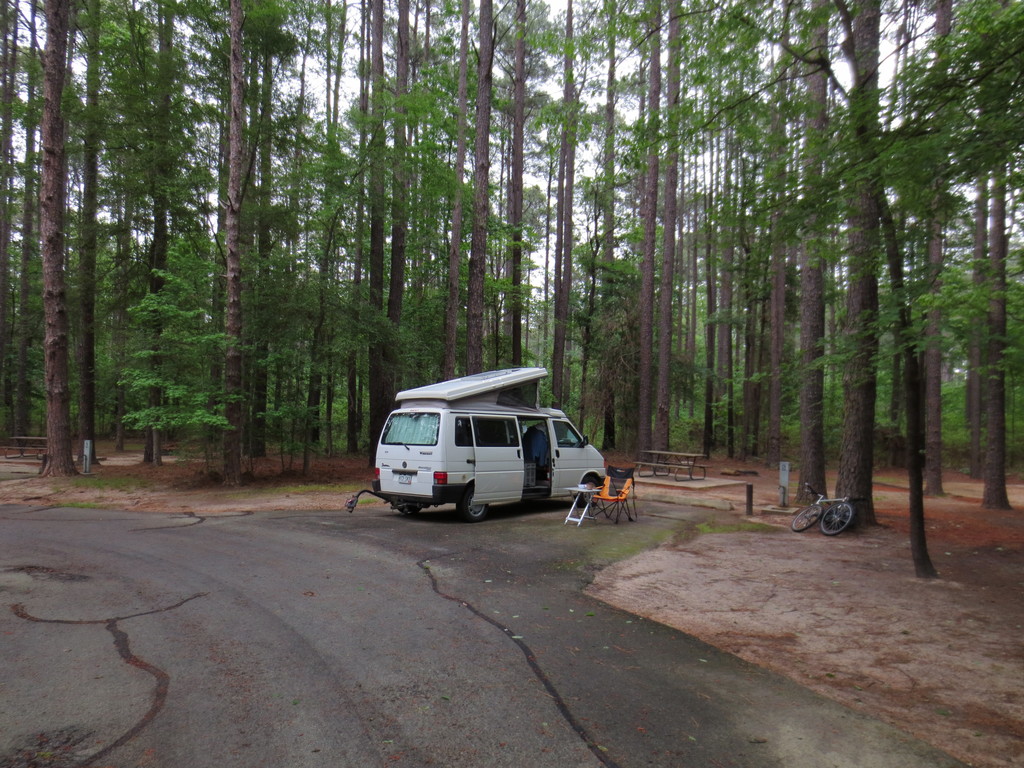